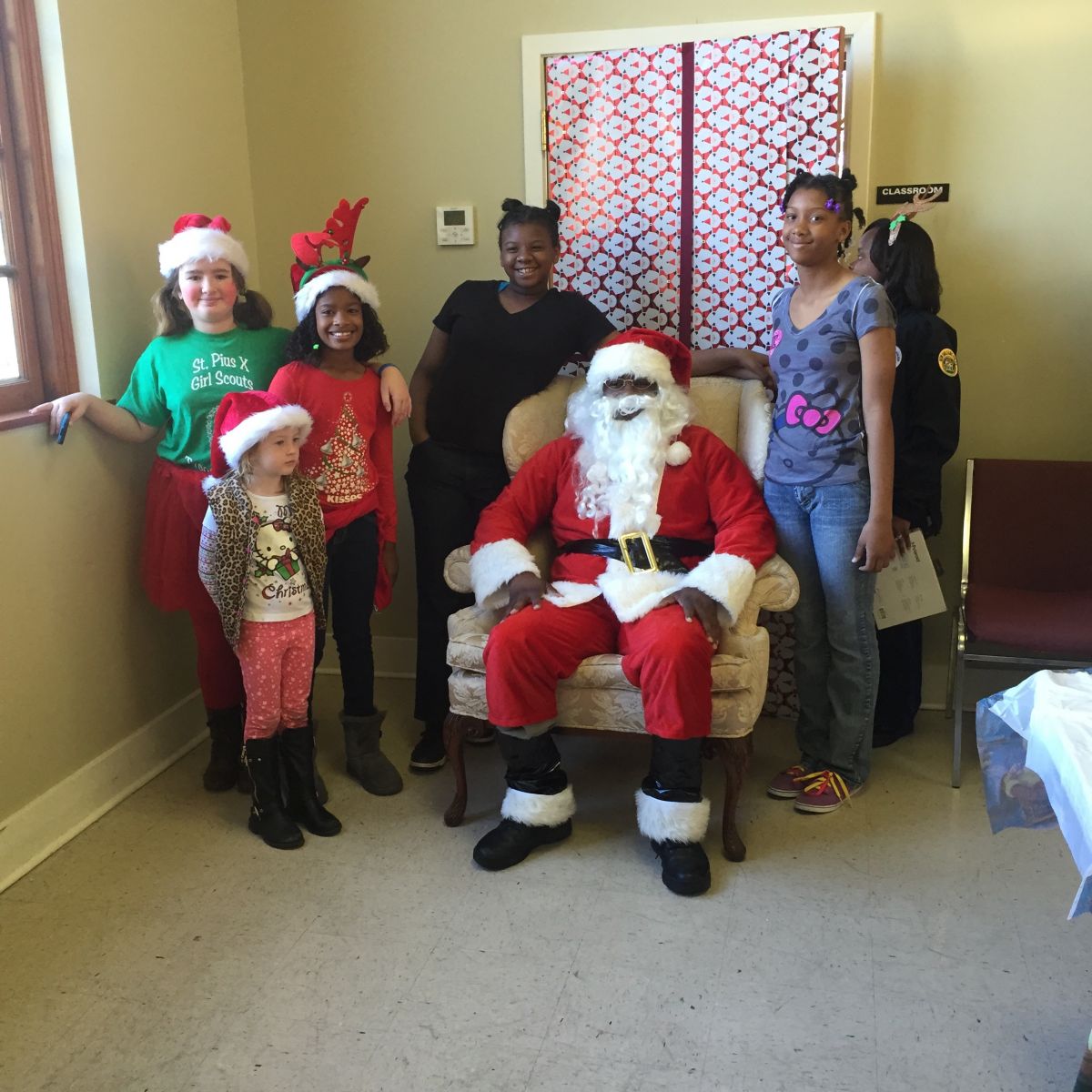 On Saturday, December 13, 2014, the Crescent City Lodge of the Fraternal Order of Police, in conjunction with Commander Gary Marchese and the New Orleans Police Department's Third District, hosted a pancake breakfast with Santa for area students under its Cops and Kids banner.  The event was held at the Lakeview Presbyterian Church on Canal Blvd.  It was a great success.  Special thanks are due to Academy Sports for donating gifts for the event which were distributed to the kids by Santa.  Also, the FOP gave away six $200 gift cards to Wal-Mart in conjunction with its Shop with a Cop program.  Winners of the gift cards will be able to shop with Third District officers to buy Christmas presents.

Sgt. Chris Prochaska of the NOPD Third District and the FOP headed up this event and deserves a round of applause for his hard work and dedication to the FOP, the NOPD, and the community he serves.  Also, special thanks to Girl Scout Troop 40062 from St. Pius X Elementary School for providing elves to assist Santa.

Click here to see more pictures from the event.